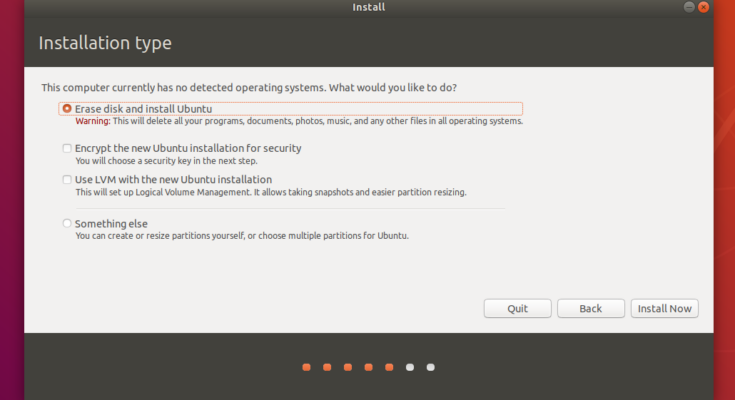 Installing and running Ubuntu alongside Windows 10 is not rocket science if you know how to deal with it technically. We have come up with the article to help you with the installation of the Ubuntu in dual-boot with Microsoft’s Windows 10. This time we will guide you on how to install Ubuntu alongside Windows 10 and is it is pre-installed. The new systems that come with Windows 8 or Windows 8.1 have UEFI instead of BIOS which makes dual-booting a little different from others.

Ubuntu is an open-source free to download and share Operating System in Linux distribution based on Debian. It is first brought to the world for personal computers but can also be used on servers. It is one of the most widely known Linux OS and moreover it supports personal computers, servers, cloud computing and the internet of things. Ubuntu is available in more than 55 languages worldwide and can be used by individuals and businesses.

Here in this article, we will guide you to Dual boot Windows 10 and Ubuntu and how to run them parallelly.

How to dual boot Ubuntu alongside Windows 10

We have come up with every step in detail that will be necessary for you to successfully install Ubuntu alongside Windows 10 with the help of dual booting. If currently, your computer has no operating system installed, then you should first install Windows first and then approach with Ubuntu installation. Let’s not waste time and start discussing how to successfully install Ubuntu in your P.C.

How to dual boot Windows 10 With Ubuntu?

In this case, you need to allocate at least 15-20 GB space in your system, so that you can use it later for partition while installing Ubuntu. And you can finish this installation using both Windows 8 and Windows 10. There are different pre-requisites to install Ubuntu on a UEFI system.

It is always safe to create a backup even if you think you don’t need it, It is just a precautionary measure if something goes wrong. I hope you know how to back up your system files, after successfully backing up your system come down to the second point.

# STEP 3: Build a partition for Ubuntu to be installed.

You need to make a partition in your system and keep at least 20 GB free so that you can flawlessly install Ubuntu with Windows 10. More or less every computer have a2 or 3 partitions having more than 100 GB each. Apart from the C drive, you could use any other to install Ubuntu because keeping it in C drive can unintentionally get erased.

For Windows 8, you can head to the disk management tool. Now make a search by “disk” in the control panel. When you see the drive, just right click on the drive you want to use for partition. Once done select the shrink volume from the options. You can now use this space to install Ubuntu seamlessly.

This is one of the most important steps to continue. The new secure boot features of Windows 8 were originally brought for advanced secuirty features for rootkit viruses which used to prevent dual booting of Windows and Linux. Take your time and secure boot for both Windows 10 and Windows 8 in UEFI.

Now after you disable the secure boot, you can install Ubuntu smoothly. Now connect the live USB we talked about in step 2 and boot the system. You will have to choose boot from USB option within Windows itself if you want to boot using the USB.

After you have booted in the live USB, you will get an option to install Ubuntu. Just click on Install when its shown. You will be provided with an option to change the language settings.

Once it completes checking the power and internet connection.

Once the Installation type screen appears, you need to select Something else from the options.

The free space we kept can be used to create root and swap. Just select the fress space and click on the  + sign.

Now you would be able to make the partition in Linux. For creating a root partition, stuff more than 20 GB is more than enough.

From here select the appropriate size, choose Ext 4 as file type and put / as the mount point.

By clicking on Ok you will land upon the partition screen. The next step is to create a swap.

Just start by clicking on the + sign again and choose the file type as the Swap area.

Now similarly you have to create a Home partition. You have to assign maximum space to this partition because this is the place you will save pictures, videos and music files.

Once you are ready with root, just Swap and put Home in the mount point.

Now in the installation type window, click on the Install now box on the bottom right corner of the window.

You have almost accomplished the task.

Its time to set your username and password and other stuff and after putting all the information click on Next now.

Restart your computer immediately after the installation is complete.

You will be welcomed by a purple grub screen after you have finished the installation.

Congrats! You have successfully installed Ubuntu on Windows 10 with dual boot.

I really expect that this guide on How to install Ubuntu alongside Windows 10 has helped you to gain knowledge on how to do it step by step without any flaw.

Starting from Ubuntu’s introduction to creating a backup and install Ubuntu in Windows 10, everything has been explained in steps so that you could have a better understanding.

Now you could install Ubuntu on your Windows 10 pc without having to get any problem and you can also help your friends if they wan to trun Ubuntu alongside Windows. 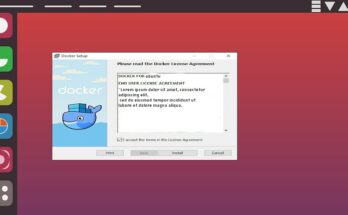