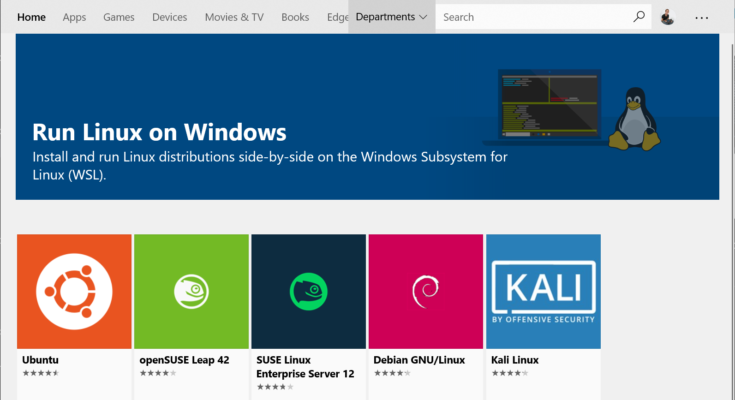 Intel, Nvidia, and AMD have announced that they are going to support Microsoft’s plan to introduce a graphics processor for Windows 10 and its sub-systems. This is because the software giant wants to enhance the support of machine learning.

Microsoft has confirmed a few weeks ago about the upcoming GPU support which will be helpful for running Linux GUI applications. This brilliant move of bringing the WSL (Windows Subsystems for Linux) will help the applications running on WSL2 to operate on Windows OS only.

Research says that the 20150 updates released by Nvidia support the CUDA parallel platform of computing. In addition to that, it also contains GPUs, similar to AMD and Intel. The update has the files of Direct ML (Direct Machine Learning).

The API of Windows 10 is only designed for hardware-accelerated machine learning. For this reason, Microsoft is collaborating with Intel, Nvidia, and AMD to introduce GPU hardware acceleration. As a result, it will create a customized Directx Linux based GPU kernel driver.

The product of Microsoft and Nvidia for WSL

Microsoft has noticed that Nvidia’s CUDA platform is creative and much important for machine learning training on WSL. Thus, as a collaboration, they have launched a preview of CUDA for WSL version 2. The preview contains the key that will help them to support machine learning tools like PyTorch (used by Facebook) and TensorFlow (used by Google).

Microsoft’s View about the ML Models

The programming manager of the Windows AI team has stated that training the ML models will be a much time-consuming task with the help of small datasets. The only aim to use the tools is to speed up the process. Furthermore, it will also help in the optimization of GPU.

The data scientists will be able to use the tools for their training scripts on the GPUs of NVIDIA. The CUDA od NVIDIA is present on Windows for a couple of years but it ran only in the native Linux environment. Now they are adding support to CUDA in the latest WSL 2.

Microsoft has also released a preview version of a tool named TensorFlow including ML. The software giant is also planning to make it open-source within a couple of months. Apart from Microsoft, others such as AMD, Intel, and Nvidia also released preview drivers. Similarly, it will also support the package of Direct ML TensorFlow tools on WSL.

AMD’s driver for WSL in performing the GPU acceleration is notable. It is also compatible with Ryzen and Radeon processors that have Vega graphics. Intel has noted that Ubuntu 18.04 and Ubuntu 20.04 Operating System have only approved its WSL drivers.